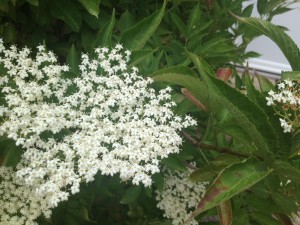 Ever since we moved in I’ve been cutting back the Elderflower bush under our kitchen window. I didn’t actually realise it was elderflower for a while, I just knew that it grows at an amazing rate and has a bad habit of blocking out the light.

Since I began suspecting it might be Elderflower I have been wanting to use the blooms in something. I love Elderflower cordial, especially when it’s mixed with apple juice and lemonade, so I decided to have a go at making some. Last night I collected some of the flowers and had potter around the internet for recipes. I already knew it would need lemons and sugar, I had forgotten the option of citric acid as a preservative. After reading several variations on a theme I decided to do the following.

Once made the cordial should keep (unopened) for a good few months if stored in cool dark conditions. Alternatively you could always freeze it.  To drink dilute to taste with water / lemonade / apple juice or similar using at least a 5:1 ratio. 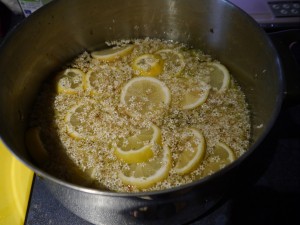 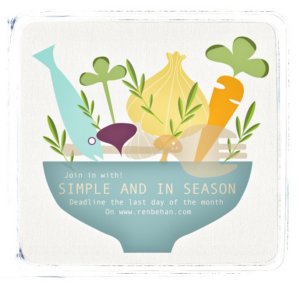