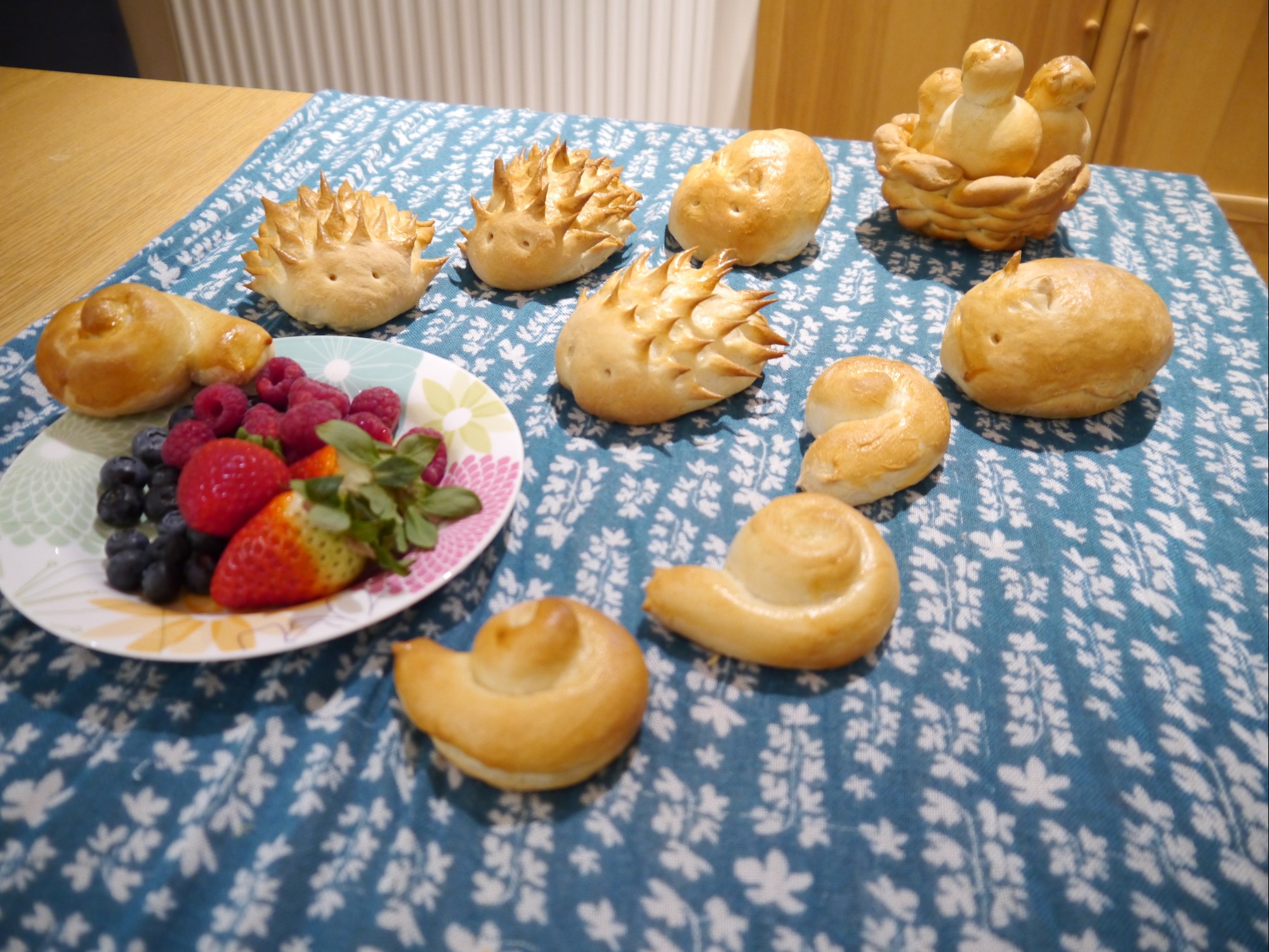 I love cooking with my kids and I  particularly like it when I find something that they can have a real go at making by themselves. We quite often make bread together, weighing the ingredients is great for numeracy, both reading the numbers and the concepts of more than and less than. Mixing is easy and the absence of raw egg (which always makes me nervous when they start eating biscuit dough or cake batter) means tat if they start eating the dough I’m not worrying.

One project I’ve been meaning to try for a while is making novelty bread buns with the kids. We’ve made bread rolls a lot and I often get then to help make the dough before I shape a loaf but they rarely get to make their own creations and they really do love to make things from start to finish; so this week I had a quick look for ideas on Pintrest and we had a go at making Breadimals (bread rolls in the shape of animals).

The easiest animal I found to make was snails, all you have to do is roll a long sausage of bread and then coil it into a spiral with the end as the snails head. Pinch two points on the head to make antennae and you’re done.

Next we made rabbits and hedgehogs, both made from oval rolls. You do need to use scissors for these so if you have very young children you may end up doing these your self. To make the bunnies snip two ears, mark a line down the centre of each ear with a skewer and use the same skewer to make eyes. To make the hedgehogs leave a semi-circle at one end for the face and snip spines in rows from front to back, staggering the spines so that the spines on one row fit in between the spines on the next row. Again use a skewer to make the eyes.

Finally we made some hungry chicks – a ball of dough for the body, and a smaller ball for the head. To join them together take the larger ball of dough and push your little finger into the centre of it to make a dip. Dampen with a little water and sit the smaller ball on top. Pinch to make a beak shape and use a skewer to make the eyes. 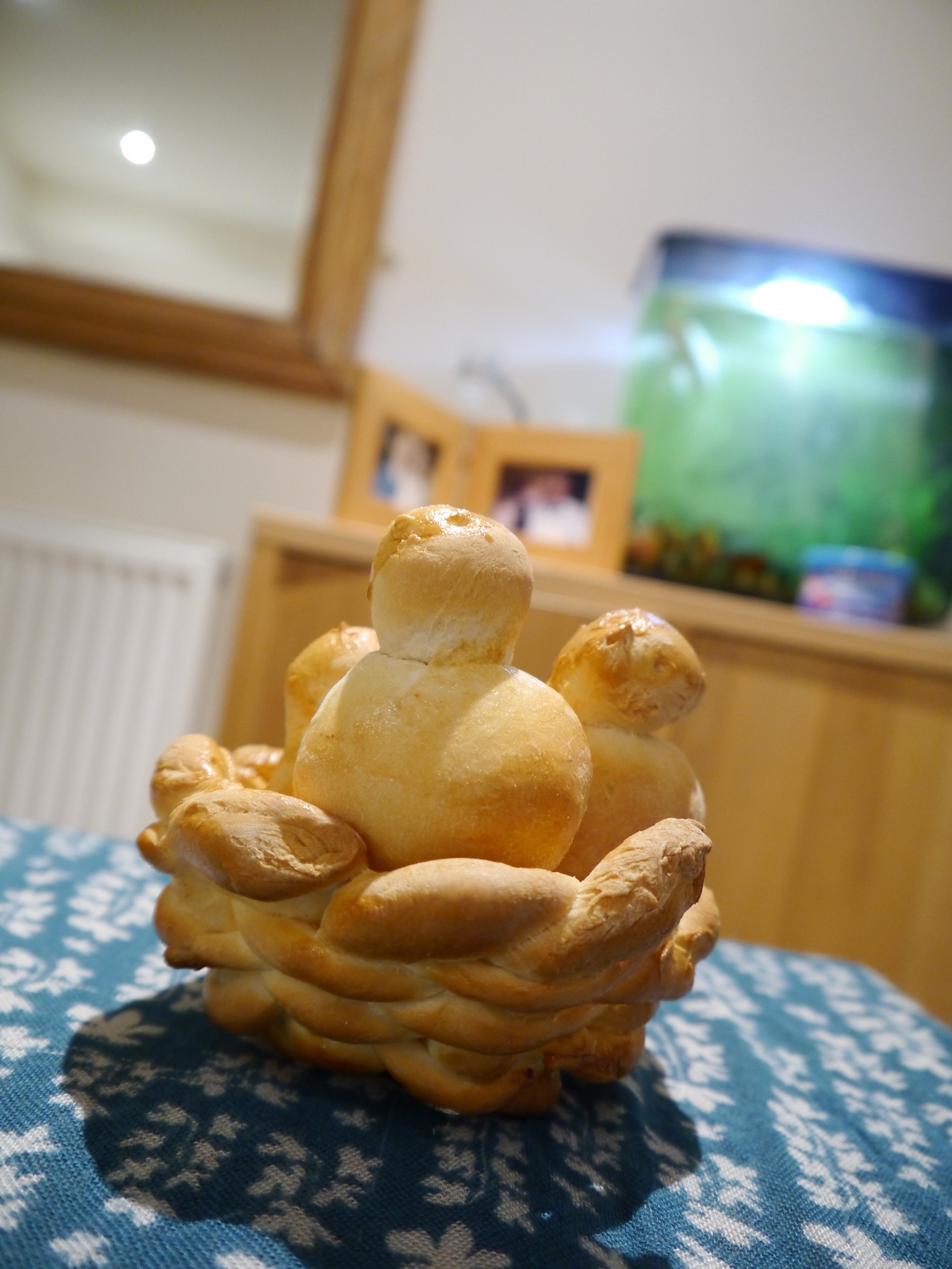 I also made a nest (basket) for the chicks to live in. If you have older children there’s no reason they couldn’t do this themselves but it was a little beyond my 2 and 4 year old. I used an upside down mini bundt tin as a mould but any oven proof bowl would do. Start by twisting some sausages of bread dough round each other to make the ribs of the basket, then weave more sausages of bread dough in and out of the ribs. Alternate each row so that where the first row went under a rib the next row goes over the rib and so on. Once your basket is big enough tuck in the ends of the ribs to make a neat finish.

The recipe I used for my bread was:

I hope you like our Breadimals, they are an entry into the Tots100 #Cloudy2Competition.