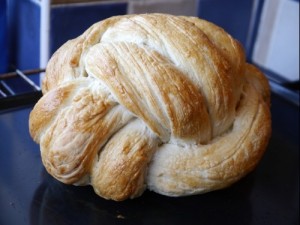 I discovered the Alphabakes challenge run by The More than Occasional Baker and Caroline Makes earlier this month and wanted to make something to submit, however I have struggled a bit as Caroline is hosting this month and the random letter is K. I thought about kumquats and kirsch but neither really appealed so I have gone the alternative route of adapting something I am familiar with. I recently got a little obsessed with bread making and there are some really beautiful knots around; one that many people will have seen is something called a monkey’s fist knot. Now I’ve never done this with a normal knot so bread dough was probably a bit ambitious but I’ve had a go.

The bread recipe is: 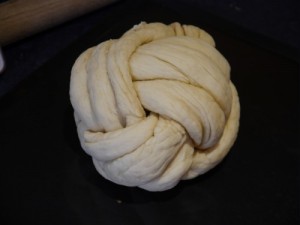 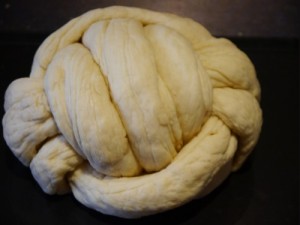 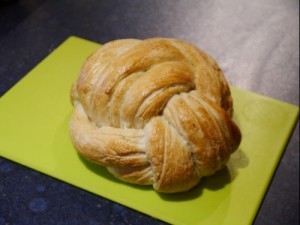 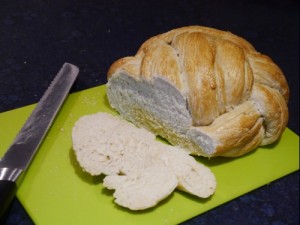