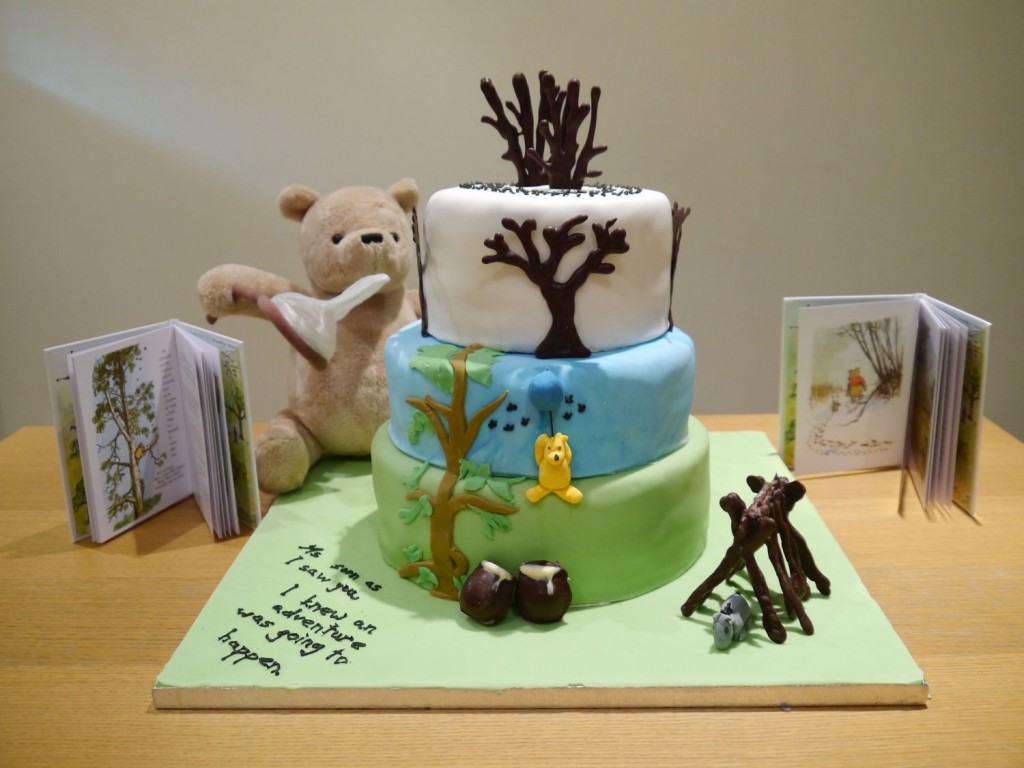 at British bake off finished for another year this week and I really think the right person won this year. The final showstopper challenge was a multi tiered classic British cake and one of my favourites is lemon cake. I wanted to make the decoration for the cake classically British as well and one of my favourite children’s books provided the inspiration. Winnie the pooh by A. A. Milne with the original illustrations by E. H. Shepard. The stories seemed perfect as they are part of so many people’s childhood, have some beautiful quotes in them and after all, what goes better with honey than lemon (cake)?

I admit that unlike the cakes in the final I only made two tiers as lemon cake and made the bottom tier as chocolate orange cake – simply because there’s only so much lemon cake that one family of four needs. I made tempered chocolate trees for the top tier, which is based on when Pooh and Piglet nearly catch a Woozle, I made a tempered chocolate house for Eeyore which stood at the base of the cake and I also made dark and white tempered chocolate honey pots filled with a white chocolate ganache.  The bottom two tiers are inspired by Winne the Pooh and some bees, when Pooh pretends to be a little black raincloud to get to the bees’ honey. In the collage picture you can see the detail on the cake and also the artwork which inspired it. 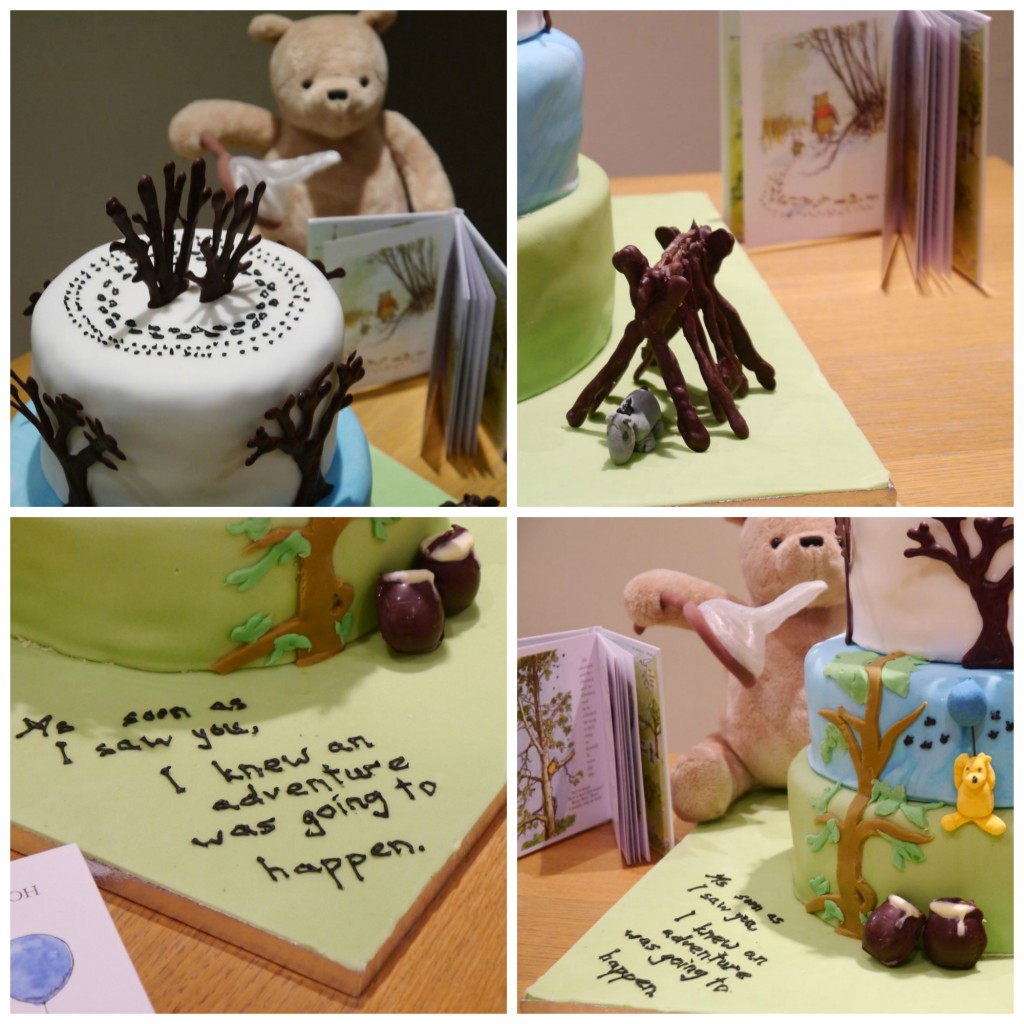 One of my favourite quotes from the Winnie the Pooh stories is “As soon as I saw you, I knew an adventure was going to happen”, it makes me think of when my children were born and I knew that life was never going to be the same.

Winne the Pooh, Eeyore and the balloon are made from flower paste which dries harder than normal fondant and decorated with the same black water icing I used for the quote,the buzzing bees around Pooh and the footprints in the snow. The tree is made from normal fondant icing – the same kind I used to cover the cakes and the cake drum (board).

To fill and crumb coat all three of the cakes the cakes I made a lemon frosting with the juice from the lemons whose zest I used in the lemon cakes. See below the recipe for a look inside the cakes. 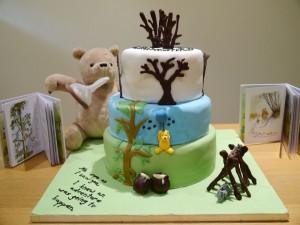 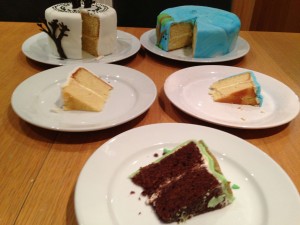 For some reason this week also made a classic carrot cake and some iced buns.