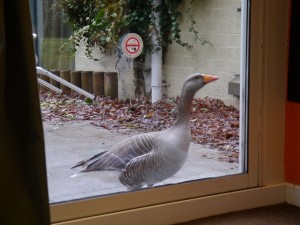 Yippee, we’ve made it to Centre Parcs and settled in, the drive wasn’t too bad, we tried going round the Pennines this time as the last trip we made over the top of them was a bit hair raising to say the least. Admittedly that was the week of the late snows in March and it would probably have been fine at the start of September.

I didn’t even have to drive this time as we’ve recently changed my husband’s car for one with more boot space so instead I got to relax and play on my phone (when I had a signal). There’s a saying now that there’s and app for everything and I think it’s probably true. Browsing through Apple’s App Store there are endless games, widgets and silly bits and bobs. The good thing is that a lot of them are only £0.69p which means they are an affordable way to fill a couple of hours. A few of my favourite Apps recently are Words With Friends (which is basically scrabble without the name), cBeebies playtime which is free and keeps the kids happy, and Catch Phrase, a mobile version of the classic TV show. The catch phrase app is the same concept as the show, with the little yellow guy called Mr Chips in little animations. To say what you see you choose from a list of random words to make up the correct phrase. There’s even a multi-player option so that you can get competitive with your friends and family.

I spent so long solving catch phrases that we’d arrived before I knew it and were unpacking the car and dealing with very excited little people.

The catch phrase app is available on android and ios platforms and is £0.99 for new users. We were given promotional codes for the app in order to trial it.