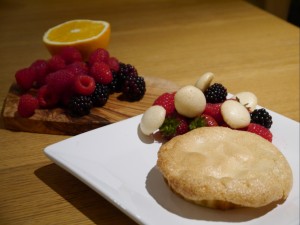 Well I call them summer fruit but really they could be early autumn meringue pies as they are filled with blackberries, raspberries and strawberries. I used the same batch of pastry as I did for my custard tarts so only made 3 small pies, however you could do a large pie or 6 small pies if you weren’t making anything else at the same time. I love these pies because they aren’t as sweet as some of the bought ones, meaning you don’t get that sickly feeling after eating them. 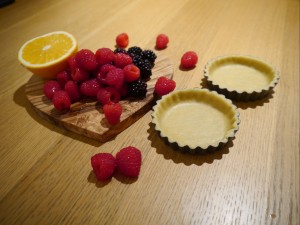 1 large egg yolk (keep the egg white for the meringue) 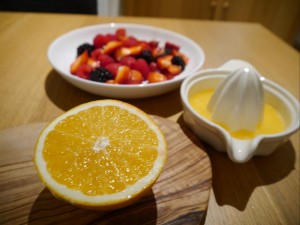 250g of mixed berries I like to use raspberries, blackberries and diced strawberries

I had some meringue left over as I was making fewer pies than normal so I added a splash of clear vinegar to the remainder to stop it browning as much and made some mini meringues to serve with the pies. 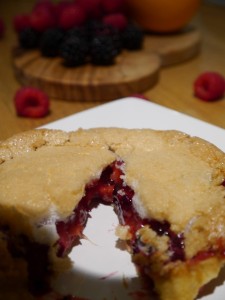 Linking up to The crazy kitchen and Mummy Mishaps