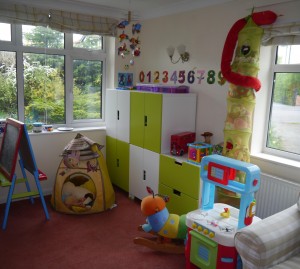 Back in March we re-vamped our playroom, adding cupboards for storage and generally trying to organise it. One of the few things we didn’t change (for various reasons) was the carpet. Personally I hate the thing, it’s salmon pink and doesn’t go with anything but it does have it’s plus sides. It doesn’t show stains and I don’t mind it getting destroyed because eventually we have always planned to replace it. It’s certainly had hard use over the last few years. Having kids has involved various food, drinks and bodily fluids going on it but since last September when we began potty training it has got a bit out of hand. I haven’t blogged about it but toilet training our son has been – and continues to be- a long hard process. Things are improving and we will get there (I keep telling myself) but when you have been scrubbing carpets for almost a year you do get down hearted every now and again. 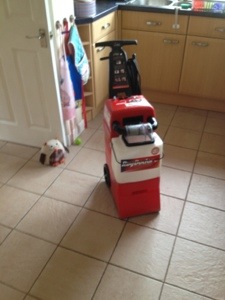 Although the continual use of products like Febreeze has been sanity saving there’s been a distinct odour developing in our house over the last few months so when Rug Doctor offered to send us one of their carpet cleaners to review I jumped at the chance. We cleared out all the furn 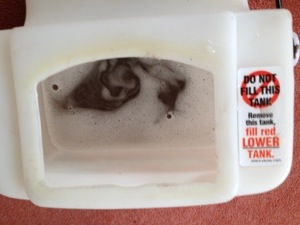 iture and sent the kids off to the grandparents for a couple of hours so that we could give the whole carpet a good clean. The machine was very simple to use, filling the bottom tank and then cleaning until the top tank needed emptying. The colour of the water that came out of the carpet was pretty grim but it does make you feel like you are doing something constructive. We went over the carpet several times and also cleaned the ones in the hall and front room. When we finished they all looked much better. The front carpets smelt fresh and the well trodden parts looked more like the unworn edges. As the carpets dried the the pink carpet did release some pretty bad smells but I think that has more to do with the large amount of nasty things we had trapped in the carpets than any problems with the machine itself.

I still can’t wait to replace the carpet with some nice laminate flooring, but as our daughter is also now starting to toilet train we are going to hold off until all the people in the house make it to the bathroom on a regular basis