Late again! After a month with my birthday, our wedding anniversary, mother’s day, a terrible bout of illness for the whole family and a canceled holiday I’m finally writing up the March entries. It was a quiet month but the standard of cakes linked up was extremely high.

The first entry was my own Giant cupcake tutorial, a raspberry ripple sponge decorated with sugar flowers and white chocolate ganache. 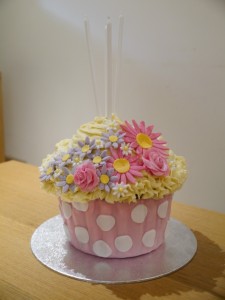 Next Jenny from Mummy Mishaps added a lovely Mad Hatter’s Hat which she made for a 5th Birthday. I especially love the rainbow layers of cake inside. 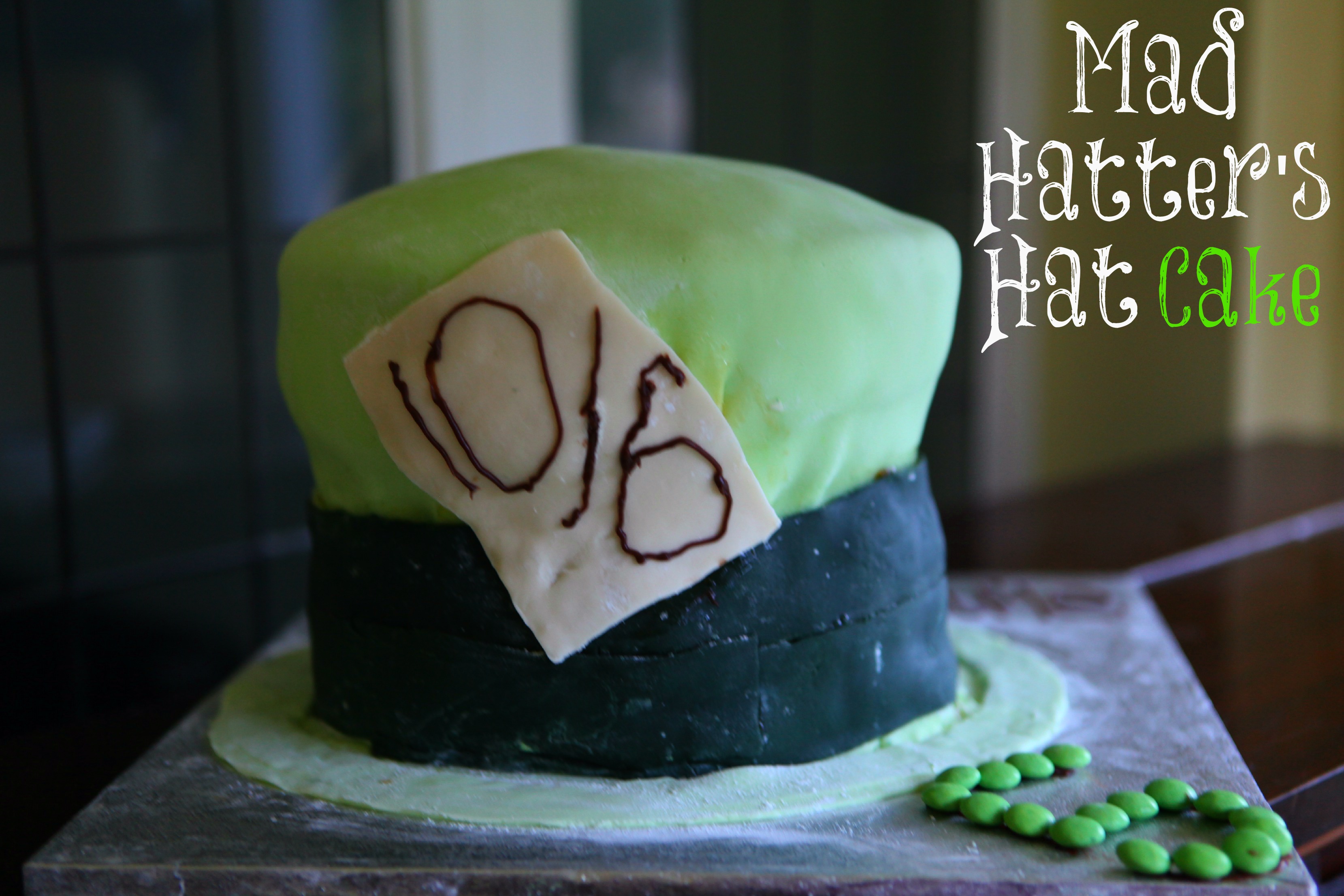 Elizabeth from Elizabeth’s Kitchen had a last minute request for a Bumblebee transformer cake for her son’s 5th birthday,  luckily she already had a great number mould for the cake and made a simply stunning yellow and black cake. There’s even a giveaway in the post for a number cake mould (ending on Sunday 13th April). 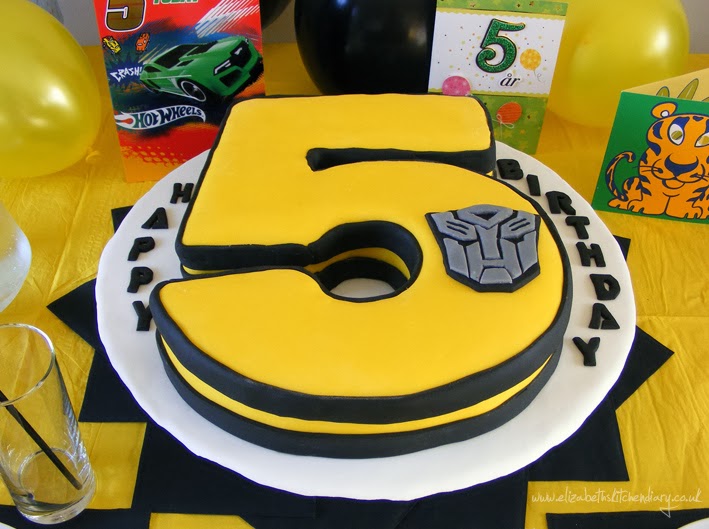 Last but by no means least is Johanna from Green Gourmet Giraffe who made a Toadstool House cake for her daughter’s birthday – made even more impressive because it had to be assembled in a park. 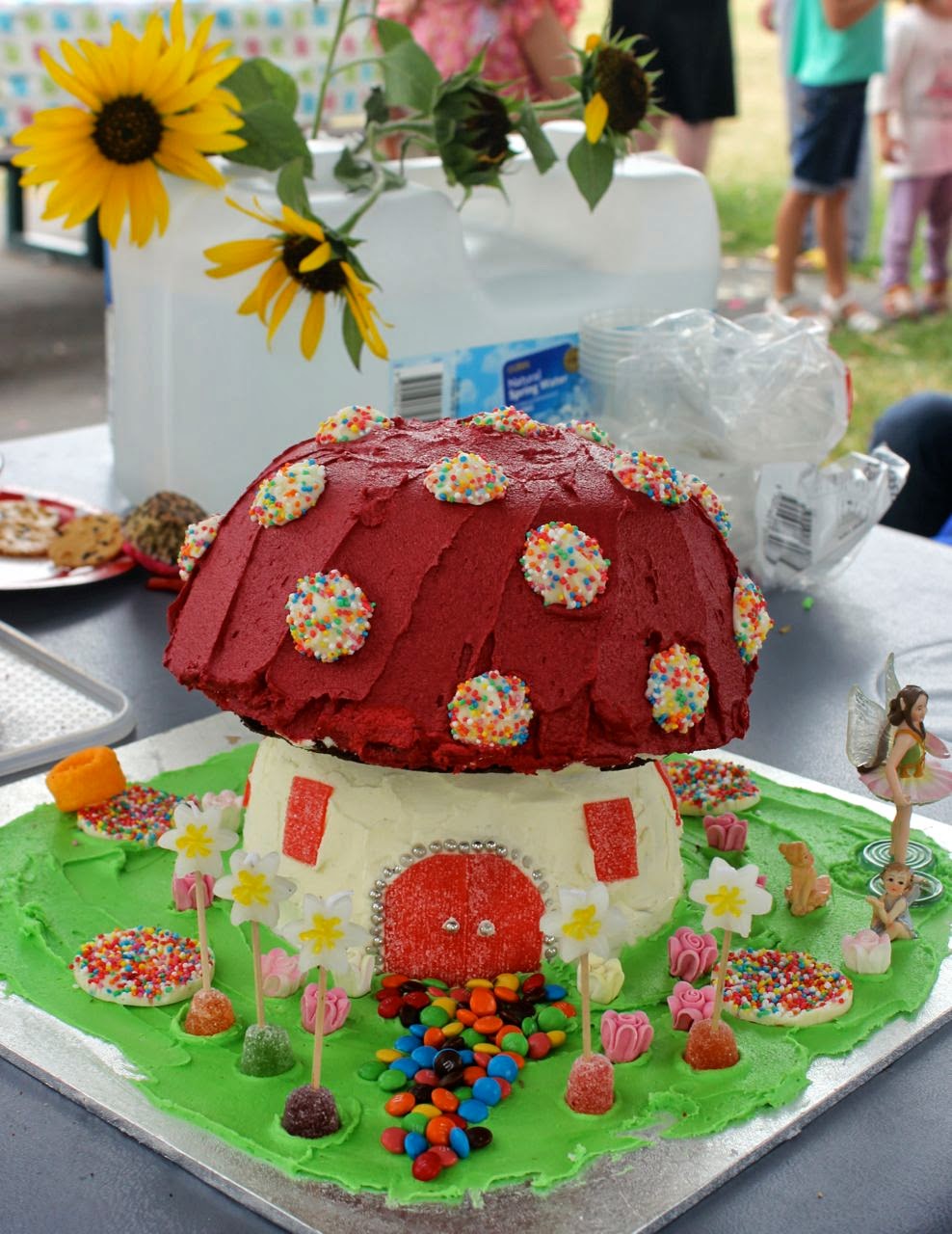 Hoping to see you all next month!