Hello again! It’s been a manic week and we’ve been so busy doing things that I haven’t found time to write about them! Add to this hayfever/cold (I have no idea which) and it’s all been a bit of a blur. 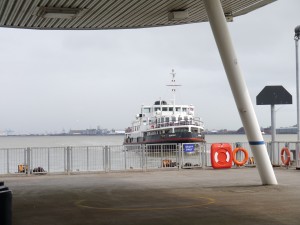 One of the things keeping us busy this week was the kid’s first time on a boat! My friend and I decided to visit a little activity centre called Underwater St. (it’s literally underneath Water St.) in Liverpool on Thursday and rather than drive through the tunnel and struggle with parking we thought we would have the extra excitement of a ferry ride. This was a first for both me and the kids and as I tend to be a bit nervous of getting lost and so on I was very glad that my friend had been on the ferry before – all I had to do was show up at their house and follow her.

My son was especially excited about all this because he had seen Justin from Something Special doing the exact same thing earlier that week.

We had a lovely ride on the ferry and I even managed to get a couple of nice pictures of the view from the boat. (It was a little bit windy though! ) 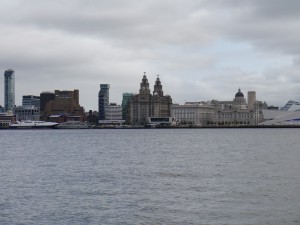 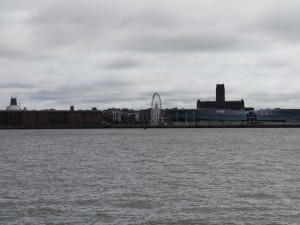 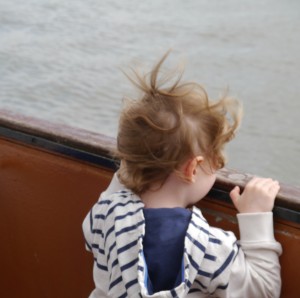 Underwater St was very close to the ferry terminal and there was a lot to do from dressing up to playing builders. The kids could also paint a plaster of paris fridge magnet to take home at no extra cost. In all honesty I would say it is aimed at slightly older children and it was EXTREMELY busy with primary school trips which made it quite hard to keep track of my two little monsters. I did find it quite stressful having to continually find where they were, although I imagine it would be easier in winter with fewer school trips. 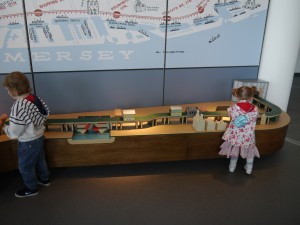 After a good couple of hours in Underwater St we went for a wander by the river and had a little potter round the Liverpool Museum. I think we will be going back there soon as there was loads to look at – a whole section on trains (my son’s FAVOURITE thing) and a free activity session for the kids to do. There were even some toy trains which I had to prize my two away from with a promise of an icecream.

Finally – and this is something for the boys -there was a random race car surrounded by cameras by the river. Now I’ll admit to anyone that I’m nosey so I recorded the local news that night and it turns out it’s worth £110K !! Haha – I just thought it was a good way to entertain kiddies for 10 minutes. 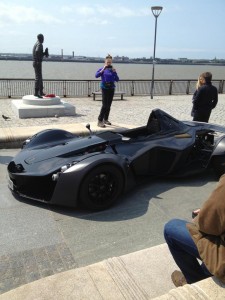