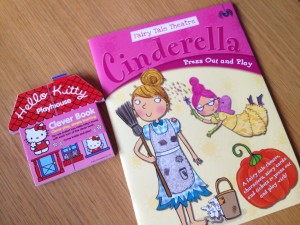 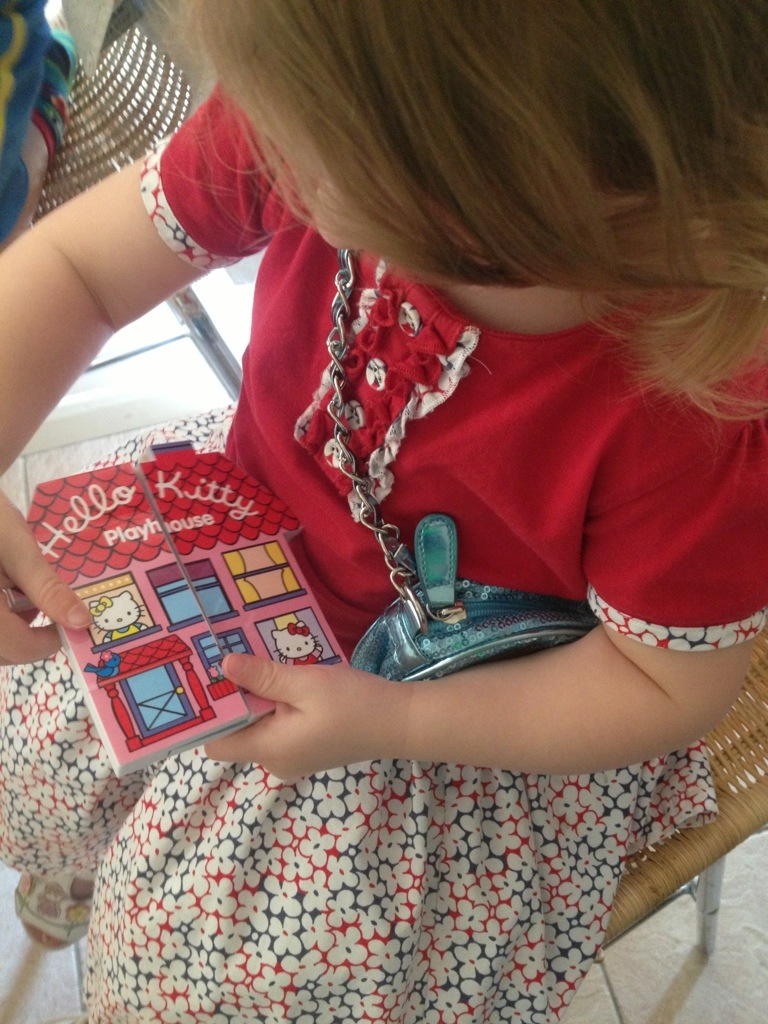 Last week Autumn Publishing sent us a couple of beautiful books for review. The first is a great little invention called a Clever Book. It’s a little book shaped like a house but with a difference, instead of turning pages you continually fold and turn the book to look at all the different scenes. It’s very intuitive and both my 3 year old and 2 year old loved it. The only problem was the fights over whose turn it was! The guidelines on the packaging do warn against children under 36 months using the book due to small parts, which I think must mean if it were to break as it is all one piece, however I had no worries about giving it to my 24 month old daughter and she absolutely loved folding  it all the different ways.   We were sent the Hello Kitty book but there are also fairytale, first number and first word versions available. 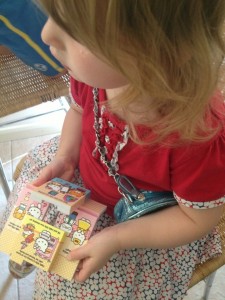 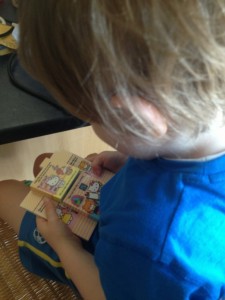 The second book we were sent was a Fairytale Theatre, an activity book with press out figures, scenery and tickets to put on your very own show. We received the Cinderella version and my kids loved the idea of dressing her and moving her about. The cover transforms into the stage and some of the pages in the book make the different back drops. 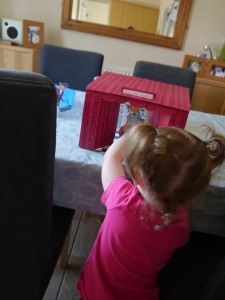 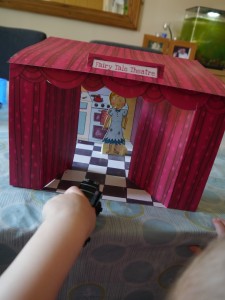 It’s a lovely idea and I think that as a rainy day activity for slightly older children (I hate stereotyping but I expect girls more than boys) it would be great and they would love being able to put on their own little show. My daughter particularly liked moving the little figures around and the horse and carriage were her favourite bit. 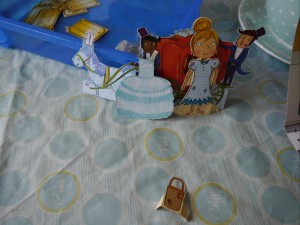 I did find the pieces quite fiddly to take out without damaging and I would expect that quite a bit of mummy and daddy help would be needed even with older children. It’s the sort of thing that would need a fair amount of patience to set up fully and I did struggle to get the characters to stand up on their own, but that being said when I was 8 I remember playing with paper dolls and dressing them in different outfits without ever thinking “why isn’t this doll standing up on it’s own?”. Finally make sure you have a box or folder for all the pieces to be stored in once they are pressed out of the book as there are lots of them!

The art work is lovely and a modern twist on the classic characters. Cinderella even has a ginger cat called Pickles to keep her company in the kitchen

The clever books are £4.99 each and the Fairytale Theatres £5.99 so both perfect for pocket money purchases.