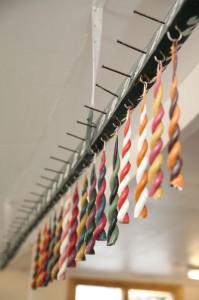 When I was about 12 we came to Cheshire on holiday and stayed in a holiday cottage near Kelsall. One of the things I remember doing is making a candle at the Candle Workshop in Tattenhall. 21 years later and it’s still there going strong. The brown signs still say Candle Workshop but the website and the place itself have been rechristened as Cheshire Workshops, I think to include all the other activities you can do there.

Last Thursday was another rainy day, I’d been thinking that Beeston Castle would be a nice change from our normal haunts but with a high chance of getting soaked we decided to look for something indoors. Funnily enough my friend had the same idea I did and we ended up deciding on pottery painting at the Cheshire Workshops.

There were quite a few activities to choose from, badge making, sand art, pottery painting and candle making. Some were a little bit old for our 2 and 3 year olds but with a bit of supervision and lots of hand wiping the pottery painting was a reasonably stress free option. The kiddywinks loved choosing their ceramics and had a great time painting them. Between the 4 kiddies we ended up with a dolphin, a teddy bear, a unicorn and an aeroplane. Each pot was £4.00 which was pretty reasonable. You can pay by card at the downstairs till or with cash at the pottery painting room upstairs (note to self: I really need to remember I owe £4.00 to my friend when I see her next). There were some smaller options at about £2.50 each, or badge a making for around £2.50 also.

My son loved painting his aeroplane, although he did decide it was done after only painting the top part and wouldn’t be persuaded to do the underneath. My daughter went for the pink and green paint and decided on the tried and tested method of putting all the paint on the exact same spot. I think it would have taken about a week to dry so I helped her spread it out a little – something which turned into me painting most of the unicorn as the neat freak in me couldn’t let it be. I think we ended up with a joint effort, colours and random brushstrokes done by a 2yr old, attempt at tidying up done by a 33yr old.

We left our masterpieces to dry while we went for lunch in the cafe downstairs. The rain was starting but our little people still enjoyed running in and out to the little playground by the cafe. There were some lovely crafty items for sale including some painted names made up of animals.

When we went back to collect our pots they were all ready in bags with the kiddies names on them. They are not fired but have been dipped in a glaze of some sort to give them a slight shine. We got them home and they have now joined the cats that the kids painted at Centre Parcs on the chests of drawers in their bedrooms. 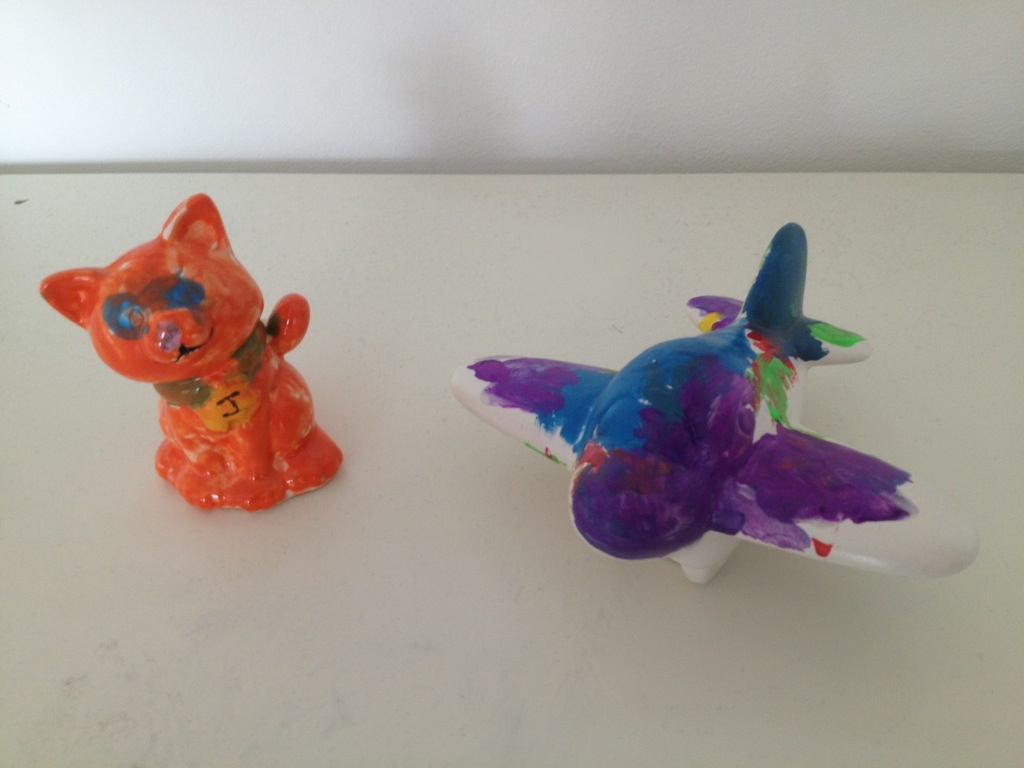 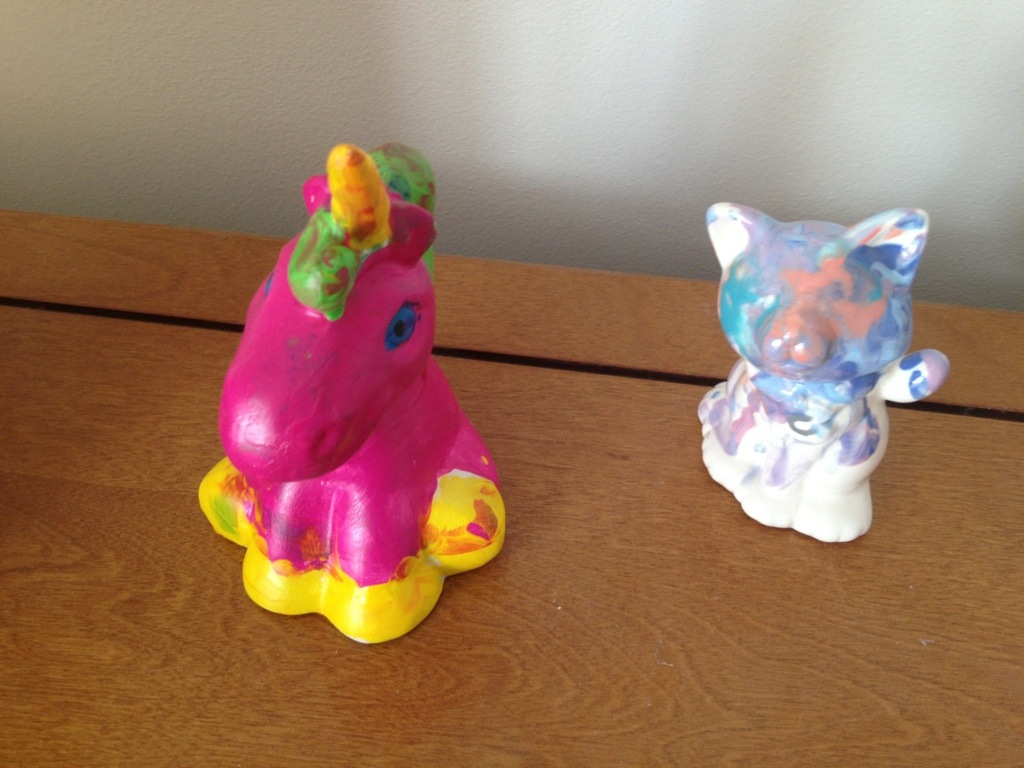 Cheshire workshops kindly gave permission for the use of their photo in this post.