This morning I  was inspired by the BritMums #SnapHappyBritMums challenge. Today the subject is windmills and yes the photo below is not a windmill. Bear with me – it will all make sense soon. 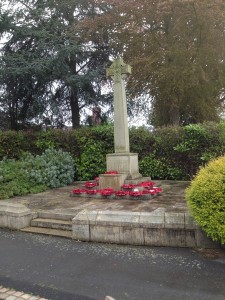 My son goes to nursery one day a week and last year every time we drove home he would mention a windmill. It was always at about the same place in our journey and I was very confused as there were definitely no windmills around.  The first week I assumed it was something he’d done at nursery, the second week I thought maybe he wanted to watch the windmill on Baby Jake. After this had gone on for a month I was flumuxed. He would say “A windmill! There!” every time. It was particularly hard because unlike most 3 year olds his speech has been delayed due to glue ear, it’s so frustrating seeing him try to make himself understood but unable to pronounce the words. When the windmill saga began we could maybe follow half of what he said if we knew the context. Thankfully now his hearing has cleared and speech therapy is working wonders with his pronunciation.

So how did I figure out what my son meant? One day he said “A windmill statue”. The point where he talks about windmills is a mini-roundabout next to a war memorial. As he had no idea what a war memorial was he looked at it and equated it to the closest thing he knew about. I can see his point, the cross on top looks like the sails and the pillar the base of the windmill. He was so happy when I figured out what he meant and since then we have talked about different types of crosses and started to learn to say “War Memorial” I haven’t yet tackled  the elephant in the room of what a war memorial is.